In recent years Latin America has made huge strides in exploiting its incredible wind, solar, geothermal and biofuel energy resources. It is now on the cusp of an energy revolution that will reshape the region and create a host of business opportunities. To investigate the changes taking place Canning House helped to organise the recent Green Finance Summit in London and commissioned a Canning Paper from Latin News.

At the moment Latin America is still very dependent on another one of its natural resources – oil. According to the BP’s Statistical Review, Latin America accounts for more than 20% of the world’s oil reserves, making it the second-most important oil region in the world, which, is probably why it relies so heavily on the stuff. Oil accounted for 46% of the region’s total primary energy supply (TPES) in 2013, well above the global average of 31%.

When it comes to transport, oil-based fuel is likely to keep its pole position for some time to come. Electric cars and hybrids have been slow to make an impact globally, and in Latin America they are barely present. Brazil has made impressive strides with ethanol alternatives, but oil and its derivatives remain the number one choice. Moreover, Latin America’s outdated transport fleet, which is heavily made up of cast offs from the US or older models produced locally, is going to remain behind the curve on any transition to electric vehicles for at least the medium term.

But Latin America’s electricity sector has already begun to wean itself off its oil dependence. According to the Inter-American Bank, Latin America is expected to almost double its electricity output between 2015 and 2040 and will need an extra 1,500 terawatt hours (TWh) of power. That’s a huge amount – enough to power the entire UK’s electricity grid for five years. Practically none of Latin America’s new large-scale power plants will be oil-fuelled, which opens up the field for different technologies.

Countries in Central American and the Caribbean, whom traditionally imported oil, were the first to move away from oil-based power plants, after suffering a decade of high and volatile prices at the start of the century. In some cases, such as the Dominican Republic, that meant a switch to coal, which represents 5% of Latin America and the Caribbean’s TPES. However, growing environmental objections mean that new coal plants are unlikely to be adopted by many Latin American countries in the future. 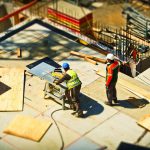 The real state sector overcomes the crisis in Spainindia 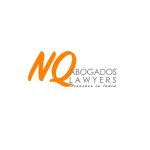