The Spanish investment in Pharmaceutical and Biochemical industry grows 5.7% to 1,147 millions euros.

The pharmaceutical industry breaks its record of investment in R & D in Spain, which grows by 5.7% to 1,147 million.

Figures for 2017 confirm the upward trend that started four years ago and also reflect a 7% increase in employment in this area,
Almost half of the funds were allocated to projects in collaboration with hospitals and public and private research centres.

The investment in research and development of the pharmaceutical industry settled in Spain reached 1,147 million euros in 2017. The figure represents an increase of 5.7% over the previous year, confirming the upward trend started four years ago and constitutes a new historical record for the innovative pharmaceutical sector, which consolidates its leading position in industrial R & D, since it represents more than 20% of the total Spanish. In addition, according to the results of the Survey on R & D Activities carried out each year by Farmaindustria among its associates, the largest increase in investment in R & D last year corresponded to research projects developed in collaboration with hospitals and public centers and private research (extramural), a chapter that grew by almost 10% to reach 542.1 million euros (47.2% of the total), while intramural investment registered a slight increase of 2.2%, up to 605.4 million.

The pharmaceutical industry employed 4,713 people in R & D tasks in 2017, the highest figure in the last eight years, which also represents a growth of 7.1% compared to the previous year, the largest percentage increase in 13 years. 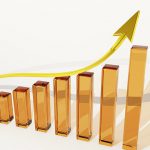 The Eurozone had a commercial surplus of 16,500 millions euros the first semester of 2018.india